Charlotte Kobayashi is an accomplished hula instructor who is sharing the aloha of Hawaiian culture and hula with her students at Vivalon.

Born on the big island of Hawaii, Charlotte began learning hula at age 7 during a time when the artform was mostly taught in the homes of private teachers. “Around the 1820s, the missionaries came to Hawaii and prohibited the dancing of hula as they were not able to understand what was being expressed,” Charlotte explains. “When hula was banned, it went underground and instructors were made to teach hula in their homes. This practice started on Oahu and then moved to the other islands,” says Charlotte. “It was my older sister who sent me to a private teacher in Mt. View, Hawaii. At that time, I started not because I wanted to hula but because I was made to take lessons.”

Charlotte’s deeper connection to hula developed later in life when she was an undergraduate student at the University of Hawaii in the early 1970s. “There was a revival and resurgence of Hawaiian music and hula then. It was a time when interest in the original songs and dances heightened,” Charlotte explains. “That’s when I started to develop a real interest in hula, and I continued that until I left the island.”

While practicing hula in her spare time, Charlotte was successful in many different careers, first earning her master’s in early childhood education from Loyola University in Chicago and working in Hawaii’s educational system as Director for the Head Start program in one of the districts on Oahu and subsequently served as State Training Coordinator for all of the islands.  She would then leave the islands to work on an Adult Education program in San Francisco. Eventually, Charlotte was ready for a change, though, and took her life in a new direction with an import and export business that allowed her to travel all over the country, developing a successful line of natural and gourmet foods from Japan for ten years. While her daughter was growing up, however, Charlotte wanted to stay closer to home and decided it was time for another change. She began working as an executive administrator at various companies until her final job of helping employees donate to and participate in supporting nonprofits of their choice.

Throughout her career, Charlotte continued to dance hula regularly, deepening her knowledge and refining her practice. When Charlotte came to the mainland, she found a teacher in Hayward, California, where she joined a hālau. “It’s a formalized hula school where one makes a commitment to study under a teacher for an extended period of time,” says Charlotte. With this hālau, she entered the Merrie Monarch Festival in Hilo. Merrie Monarch is like the “Olympics of hula” where about 20-36 hālaus compete against one another.

Seven years ago, Charlotte began formally sharing the artform with a group of committed students. “When they first come to me, I really want to teach them respect for the composer, choreographer, and commitment toward learning hula as it was taught originally and to be authentic when sharing the hula. It takes many years—10 to 15 years—to become a great hula dancer,” says Charlotte. “I am always bringing in historical information to really honor the choreographer, the composer of the lyrics, and express the true essence of the hula.”

Four years ago, Charlotte began teaching live hula classes at Vivalon to a small group of about 7 students. In March 2020, the pandemic would close Charlotte’s in-person classes, and like many teachers, she began using Zoom as a teaching platform. During that time, she was surprised to see her classes grow, and she now has 25 students taking hula on Zoom, who come from Marin, San Francisco, Cotati, Berkeley, Carlsbad, and even Canada.

Equipped with a background in education, Charlotte makes a conscious effort to ensure her classes are suitable for her students by giving time and attention for each individual. She offers both beginner and intermediate classes at Vivalon, making the classes flexible and easy to attend. “I like the arrangement because it allows people to be comfortable in their homes without feeling pressured,” says Charlotte. “They can repeat classes if they want, and if some of the more experienced students miss a few classes, they can come to the beginner classes and learn the movements again. We have several dedicated, committed students who want to learn hula, not in a superficial way, but in a way that incorporates culture and understanding the choreographer’s intent and to be respectful and mindful of the hula’s origin. The beauty of hula is that you can do this dance forever. The movements are very soft, gentle, and graceful which one can do late in life. It’s a lifelong artform.”

“Hula is life, it’s the love of nature, of one another, love for a significant other, and it’s aloha from one’s heart,” Charlotte explains. “When we dance the hula, we dance with our entire being, leading with our hearts; hula is expressing from within to bring out the true meaning of the dance. Most hula is about love—whether it’s love of nature, the trees, the ocean, the sky, the rain, the mountains, or love of grandparents, your ancestors, or your loved ones. Many of the songs are written for a loved one, called ‘Kuuipo’ or sweetheart. Hula is poetry in motion. Lyrics are written in verses that express love and affection to one another—it is a perfect dance to celebrate Valentine’s Day,” says Charlotte.

“When a hula dancer conveys the meaning of the song into a dance with one’s heart and entire being gracefully, the audience really gets it. Whether it’s a simple dance like ‘My Little Grass Shack’ or a hula that has a deeper significance such as Pua Lililehua, we dance it in a way that’s respectful, honorable, and showing the love and aloha from Hawaii.”

Come see Charlotte and her students on February 14 in Vivalon’s Jackson Café. Registration is required. Call 415-456-9062 to register today. 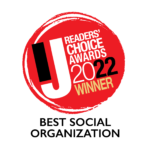